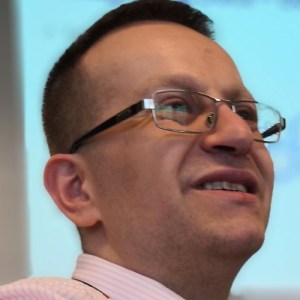 Key moments to transform a person: after leaving school, Paul spent 6 months working with young people at “risk of offence” (i.e. “criminals” to anyone that doesn’t speak British), discovering how teaching them to read could transform their lives. Ever since, Paul has been passionate about the nonprofit sector.

In 2014, he came across The Together Plan, which focuses on unlocking people’s potential. He got involved (and remains so until this day) and readily admits that, unexpectedly, it helped unlock his own potential.

Paul moved to Amsterdam (from London) in 2017 and became a co-leader of the Amsterdam User Group at the same time (stepping down 3.5 years later, in 2020). In 2018 he won a Golden Hoodie, but couldn’t have done this without the support of the Dutch community.

He’s at his best when he sees a need for significant change, and can work with others to make this happen.

p.s. He also founded the DutchSFCommunity.org website and is happy for other people to borrow this idea. Give him a shout if you want any more details.